One of my favourite movie directors passed away last Sunday. The great Tony Scott.

I grew up watching his films so I thought it appropriate to pay tribute to this action movie maverick.

Of course, legend states that it was the film “Top Gun” that made him famous (as well as Tom Cruise), but for me, it was the stylish ‘look’ of  his films that I really liked and admired.

I was only 14 years old when I first saw Top Gun in 1986 at the Cinerama theatre in Wellington. Right from the first shot I was hit with the Tony Scott look: The sun hazed silhouettes. The high contrast close-ups. The F1- Fighter jets. The hyper-kinetic editing. The rock anthem soundtrack.

Watching a Tony Scott film was like watching a 90 minute rock music video. Every shot was a feast for the eye. Cinema at it’s visual brilliant best.

I wanted to see more. My eyes felt the need. The need for speed. I was hooked. There was no going back.

He came from good stock. Tony Scott was the younger brother of the Film Director God – Sir Ridley Scott. I have always liked their films, eagerly awaiting their next big production. Both were maestros of the visual art of cinema, but where Sir Ridley Scott was the Wolfgang Amadeus Mozart of film-making, his younger brother Tony was more like the Jimi Hendrix. All flash. All fast & furious. All bright and colorful. All-out Rock’n’Roll.

Come to think of it, maybe he’s more like Edward Van Halen…but I digress.

So here’s a few thoughts on some of my other favourite Tony Scott films:

Contrary to popuIar belief, I thought Beverly Hills Cop 2 was good. Even though it will never beat Martin Brests’ first Beverley Hills Cop film in terms of story, visually Tony Scott hits it out of the ballpark. The image of Eddie Murphy driving a Ferrari through the streets of dirty Detroit to the rock’n’ roll sound of “Shakedown’ by Bob Seger is pure Tony Scott. And Eddie Murphy looked cool in his Detroit Lions football jacket. I wanted that jacket. I still do. The final showdown looks like it’s soaked in an orange apocalyptic haze  – which I thought was perfect. Under the eye of Tony Scott, even shooting the bad guys looked really cool. 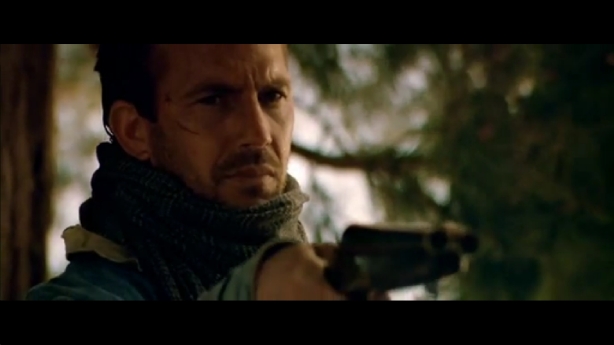 He then made Revenge with Kevin Costner. Slammed by critics  – it’s an under-rated Tony Scott film. More grittier and dirtier than the clean pristine look of Beverley Hills Cop 2 – the film was recut by Tony Scott in 2007 and is now yards better than the original. It’s a great modern noir –  now even Quentin Tarrantino calls it a masterpiece.

And there’s  True Romance.  A Bonnie & Clyde film for the 90s (sorry Natural Born Killers) not only did it have a great story – written by Quentin Tarrantino, it had a sublime ensemble cast: Christian Slater, Rosanna Arquette, Dennis Hopper, Gary Oldman, Brad Pitt, James Gandolfini, Tom Sizemore, Bronson Pinchot, Christopher Walken and Val Kilmer as the King Of Rock’n’Roll –  Elvis Presley. Yes it was ultra-violent. Even sickeningly so. But Scott was on his game here and the film still holds well after all these years.

I also liked his sports–action films. The Fan starring Robert De Niro and Wesley Snipes, Tony Scott presented the San Francisco Giants and the sport of baseball as a dark character study of a psychopathic sports fan.  For me watching Robert De Niro sing “Shattered” by the Rolling Stones is worth the price of admission alone. 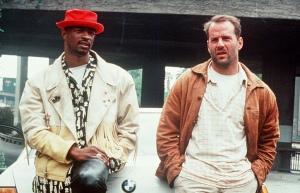 But if there was one film that I’d have to pick as my all-time favourite  it’ll have to be The Last Boy Scout. Great action set pieces, funny dialogue (penned from Lethal Weapon scribe Shane Black) and great chemistry between Bruce Willis and Damon Wayans. Plus it was set in the gladitorial world of professional football (I love football).  The starting alone drew me into the film – Bill Medley singing ” Friday Night’s A Great Night For Football” among an ESPN styled video promo opening. OK the credit sequence is kinda hokey – but hell, by then I was already in for the ride. And then the opening scene – the classic football game sequence is turned on it’s head when Billy Blanks shoots his way past the defensive linemen to score a touch down.

I was shocked. I was hooked. My eyes had seen the glory. There was no going back.

Some people hated his ‘style over substance’ approach to film-making – but what the hell was wrong with that?  Movies are a visual medium – and on the big screen his films were just simply amazing to look at. And when you compare his movies to that of the next breed of action directors like Michael Bay and Paul Greengrass –  Tony Scott films such as Enemy Of The State, Deja Vu, Crimson Tide, even his last film Unstoppable…they’re bloody great action films. I mean what the hell was Transformers 2  and 3 all about ? Exactly.

It’s sad to think that I won’t see any more of his films.

So rest in peace Tony Scott. In my opinion the greatest action film director of our time.